The Club’s August meet took them to pastures new at least in terms of the accommodation. The Glencoe Ski Lodge sits partially hidden in the forest just west of the River Orchy and south west of Bridge of Orchy. The lodge is an impressive two storey wooden building with enough bedrooms to accommodate the club twice over. It has its quirks though with the only fridge situated in the small upstairs kitchen. Nevertheless, a slight rearrangement of the furniture resulted in a cosy atmosphere with, for once, no need to light the fire.

Jim and Raymond set off on Friday morning and arrived at the Lodge fairly early in the afternoon. They were the lucky ones! Unfortunately, there was a serious traffic accident later in the afternoon just a mile or two north of Tyndrum resulting in a long-term road closure in both directions.

For those heading north via Crianlarich this resulted in a long and slow detour via Connel Bridge as Glen Orchy was snarled up with HGVs trying to go in both directions.

Another road accident close to home saw Norrie head north from Pitlochry via Fort William. This turned out to be a blessing in disguise and he arrived a lodge well ahead of the chasing pack.

While everyone was trying to keep their road rage under control, Jim had an “enjoyable” cycle run in the vicinity during the afternoon  – it was actually a tough 40k circuit on the mountain bike up the West Highland way to the Kingshouse before scooting back down the road. In the meantime Raymond went on one of his long-distance training runs – well over marathon distance, returning to the Lodge around 10.00 pm.

In the meantime, George and Susan together with various family members were tramping the West Highland Way from south to north and the Lodge was their intended stopping off point on the Friday night. Norrie had picked up some of their “essentials” earlier in the week so there would be no risk of serious calorie deprivation.

The troupe arranged pick-ups from the Bridge of Orchy hotel where they would re-start their walk the next day – unfortunately the road closure resulted in their luggage arriving late at the hotel.

The pace set had been pretty rapid and scene as the fatigued trampers traipsed into the lodge was reminiscent of a western movie wagon train crossing the Arizona desert.

A few tunes were belted out by Gerry and Norrie before everyone took their beds in preparation for the Saturday, the forecast being for once very encouraging.

As the West Highland Wayers tackled the next leg of their long-distance hike, Ian, Jim and Raymond headed for the nearby Munros of Beinn Dorain and Beinn an Dothaidh. They were able to undertake the ascent without any need of vehicular transport. A very enjoyable day resulted before theyscampered down to the Hotel for a well-deserved beer. 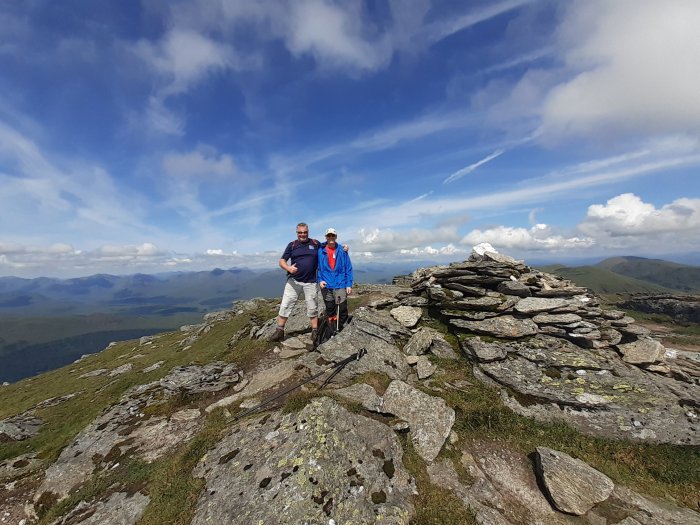 John and Adrian also ventured to a couple of Munros near at hand, in their case Stob Ghabhar and Stob a’Choire Odhair with the climb up the ridge to the fine peak of Stob Ghabhar being the highlight. On their return they caught up with the Dorain Three at the Hotel to quench their thirst. 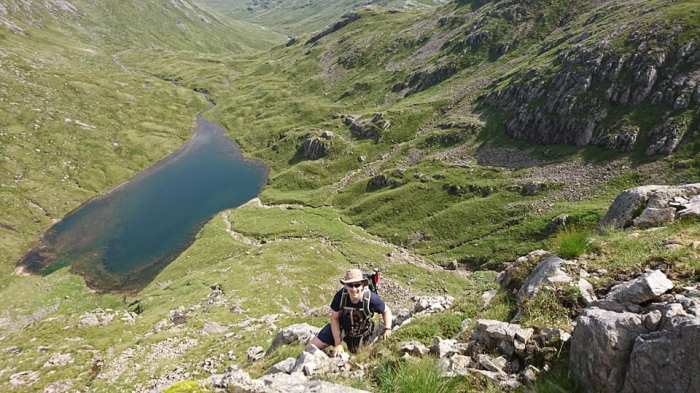 Norrie’s targets were slightly further afield – but not too far. Keen to make some inroads into his second Munro round, his chosen pair were Meall a Bhuiridh and Creise from the Glencoe Ski tows.

While the Munro baggers were bagging, Lorn was engaged in a gruelling 42 mile run over the northern extent of West Highland Way. Raymond and Jim had got up early to cheer him on and now Norrie was able to offer some words of encouragement through the car window as he passed him at Blackrock cottage.

Norrie’s walk was a bit easier than some he had undertaken recently and having arrived at the summit of Meall a Bhuiridh he came across a bunch of lads from the Falkirk area. Despite that, they were a fine group. They knew Raymond and Paul from our club and some hearty banter was exchanged before Norrie continued west, then north to the Summit of Creise. 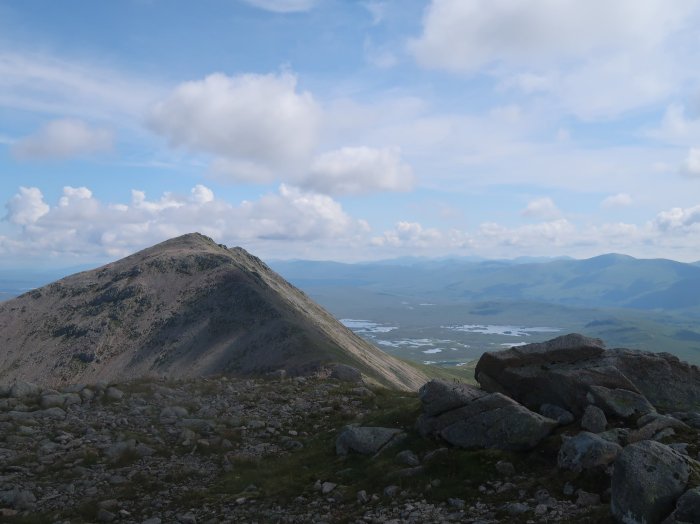 Before long he too had returned to Bridge of Orchy and took no persuasion to join the others in an enjoyable al fresco beer in the warm sunshine.

It was obviously National Bag-a-Pair Day as Neil took the A85 west aiming for Beinn a’Chochuill and Beinn Eunaich. Climbing initially up the col between Stob Daimh and Beinn a’Chochuill the view towards the majestic Ben Cruachan soon opened up. Unfortunately, he had to head straight back home afterwards so missed the apres at the Hotel.

Unfortunately, Gerry was hors de combat with a hamstring injury incurred on a yoga mat, though to be fair the move was graded HVS. Keen to try and recuperate before the upcoming Pyrenees trip he restricted his efforts to a walk up to hotel for some lunch earlier in the day.

Just to add yet another dimension to weekend, club member Jim Aire had earlier in the day summited Ben Nevis with his pal Ricky McNab in completion of the national 24 hr 3 peaks challenge which they completed in 20 hrs 59 mins – a fantastic effort with some of the credit going to their driver James Kelly. 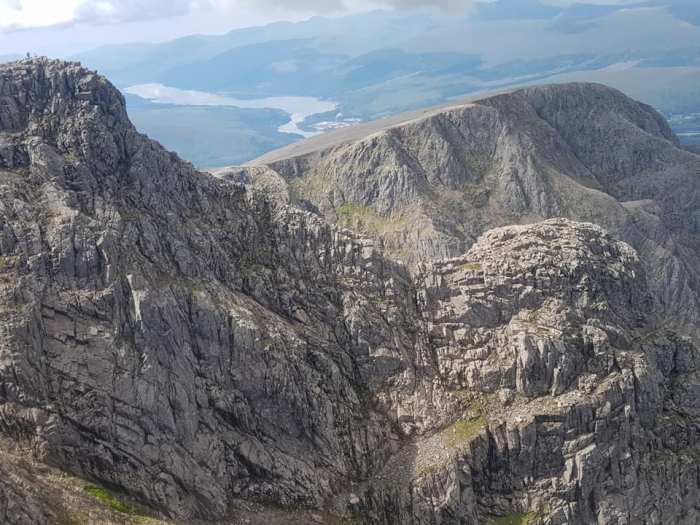 A relaxed evening was held back in the Lodge with everyone more than satisfied with their day’s efforts. Once again a few tunes from Gerry and Norrie helped the evening pass.

The next morning, with military precision, the lodge was tidied up and with no road closures it was a much swifter homeward journey for all.