Octobers meet took us south of the border to Stair in the Lake District. This was the clubs second expedition to this area and we had the privilege of using Fylde MC’s other hut, an excellent spacious purpose built unit in a prime spot for accessing many walks. A slightly lower turnout than expected for this one but as this report and its photos will show the Lakes really do have great appeal for hillwalking and socialising and would recommend those who are able for any future trips not to miss out on what it has to offer.

Raymond and James ventured down on Thursday evening and stayed in the YH on the banks of the River Greta, 1st class digs, licenced and with en-suite facilities. Once booked in the pair set off for a bar supper and opted for  “ The Chief Justice of the Common Pleas” Keswick’s old courthouse and jail. 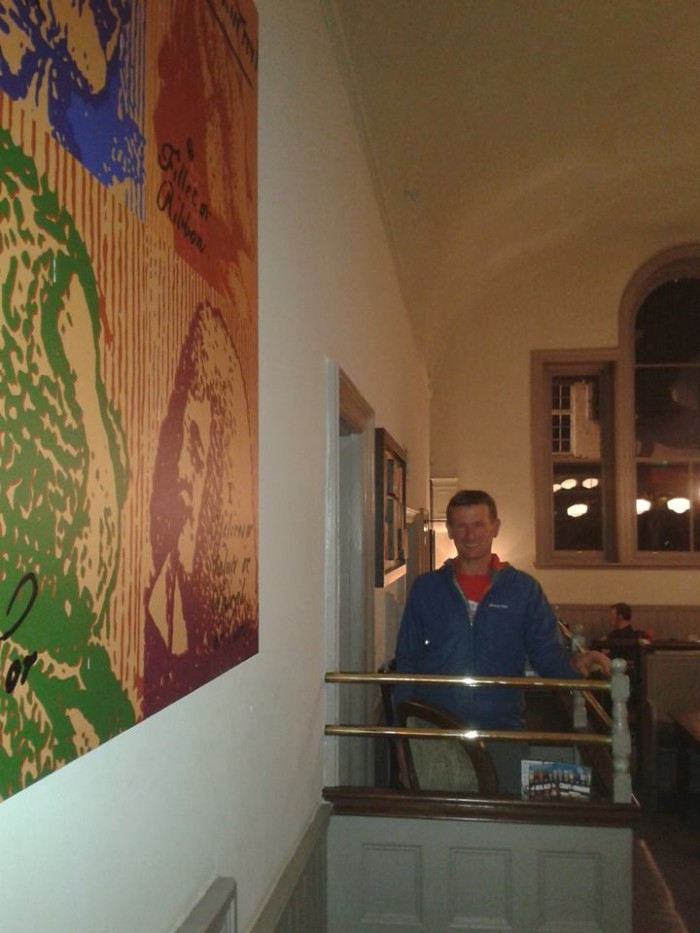 It’s now a Weatherspoon’s and was offering a curry night deal, Raymond opting for a vegan meal, James having to accept the only curry still available, a hot scale 5 chilli vindaloo. As if on cue George and Susan appeared. They too had booked into the YH right next to their room. Once back at the Youth Hostel any hope of James and Raymond getting an early night were dashed when George offered a malt tasting session that continued until 2.30 am. This was to have an effect on Raymond as shortly after 3am he left the bed room and en-suite area and wandered out through a corridor door in a trance and was unable to regain access because of the keyless card system, no pocket in his Y-fronts for the card, he had to shiver on the stair landing until the manager let him back in at 6am. Struggling to make the 9.30 deadline for breakfast the pair met a dishevelled George in the dining room, his Raelbrook shirt extremely creased. Susan informed that he too had made the schoolboy error of exiting the locked area without a key, the same manager having to let him back in.  George had the comfort of knowing he was better attired than the chap she had let in earlier.  Jason then appeared for breakfast and soon he and the Henderson’s set off to walk an extended Coledale Round ticking off Grisedale Pike, Hopegill Head, Gasgale, Grasmoor, Whiteless Pike, Wandope, Crag Hill Sail, Scar Crags, Causey Pike, Outerside, and Barrow. 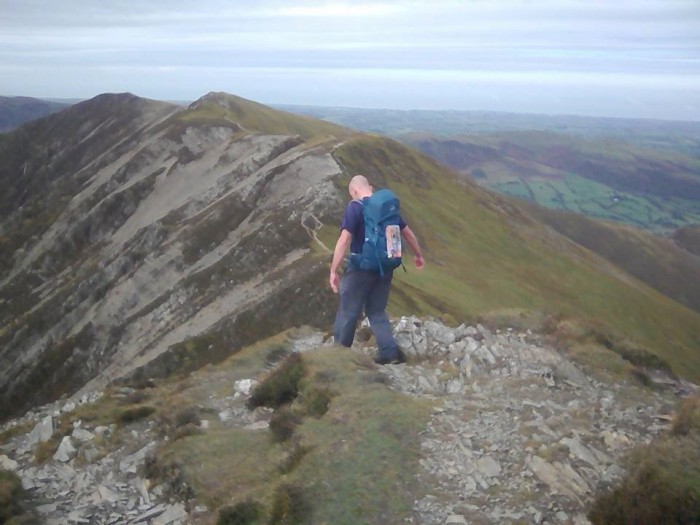 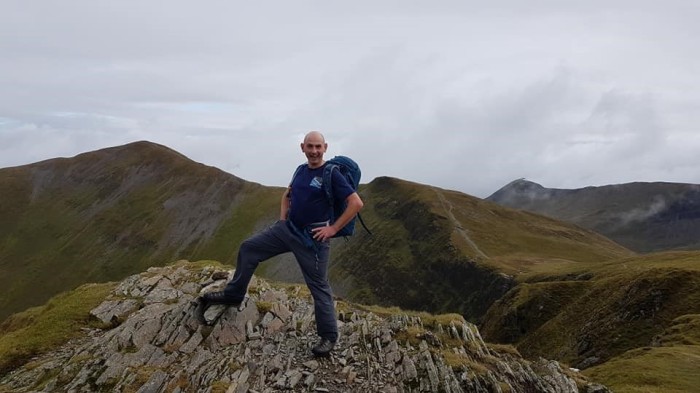 Raymond, an ascent via Applewaite Gill. Their journey started pleasantly enough, through the outskirts of Keswick then Rights of Ways through meadows and farmland where Raymond thought he had the delirium tremors when confronted by a sheep from Hell.

Their ascent then took them through woods onto open hillside the indistinct path soon disappearing onto steep wet scree.  James, ever slowing due to the toxic mix of beer, rum, whisky and vindaloo extruding from his pores and blinding his eyes. Eventually they hit grassy slopes just below the summit of Little Man then on to Broad End, Skiddaw, Jenkin Hill, Lonscale Fell and Latrigg. 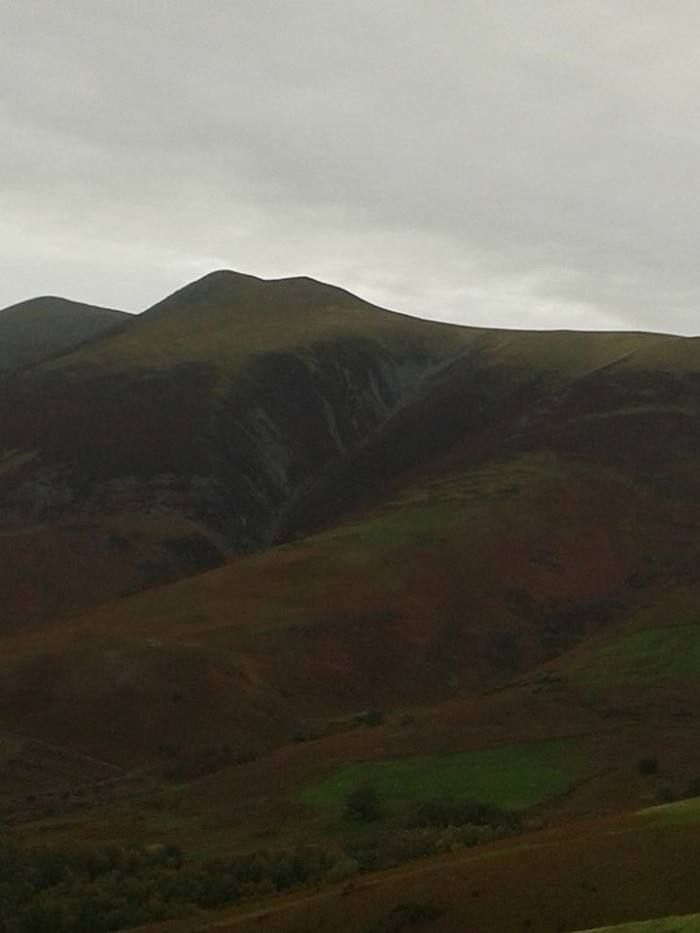 Meanwhile Mike and Marie were the first to arrive at the hut and after taking in some gear, went back to the car to bring in more provisions only to find the door had closed on them and no matter how many times they tried the code it would not open again. Mike suggested they go to the nearby Inn until others arrived to sort it out but alas his wallet was locked inside. Fortunately they only had a few hours to wait before Jason, George and Susan arrived and they were able to contact the hut custodian to obtain a new key-code. Locks were certainly causing problems this meet!

It wasn’t long before all others arrived and the next day’s routes were discussed over light refreshments whilst donning Marie’s collection of hats. An unusually early night followed with all being in bed just after Midnight except Raymond who opted for a chair in the lounge. 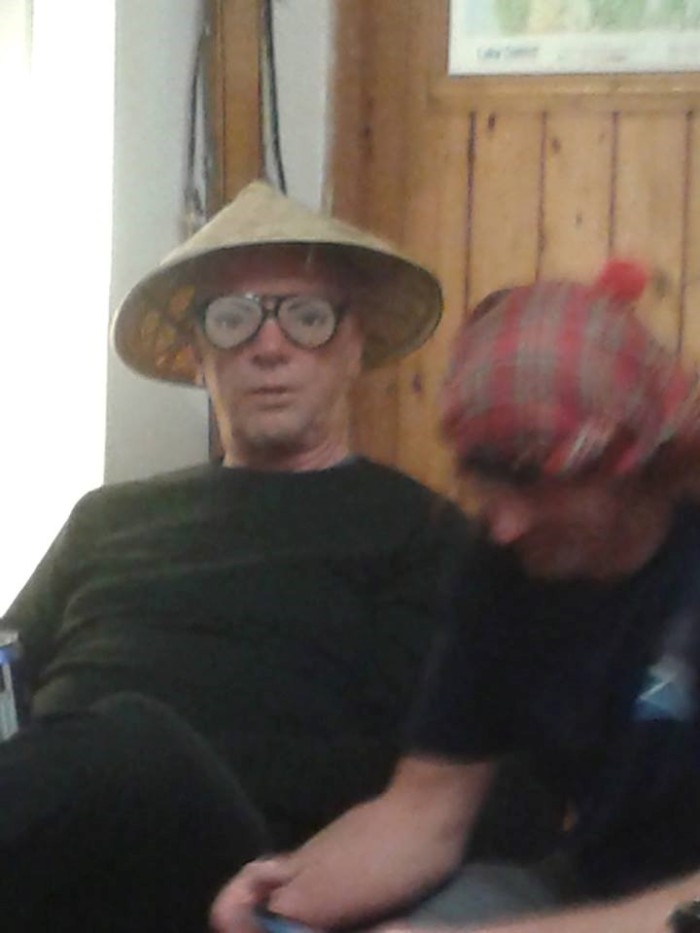 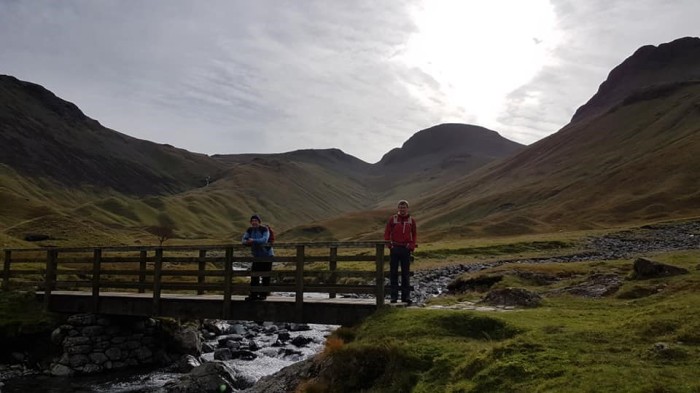 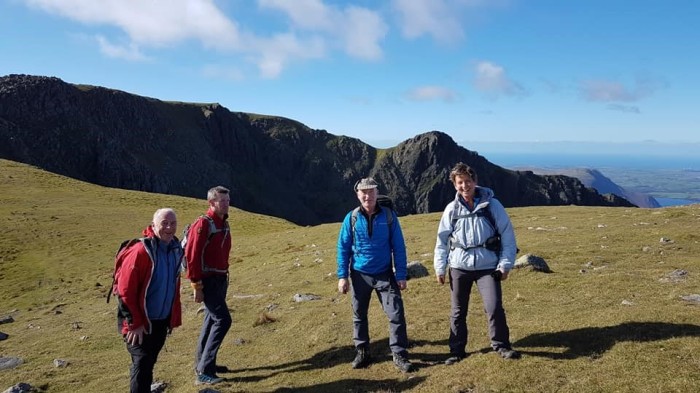 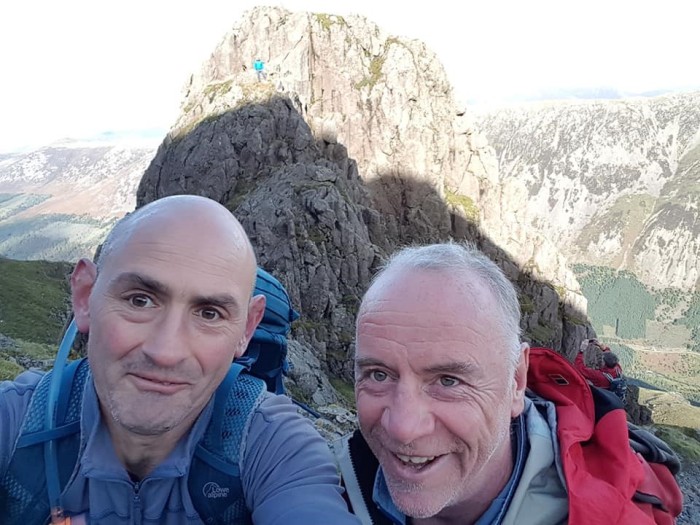 George forgot his hill rations as usual but soon made use of some local produce he found on the hill. 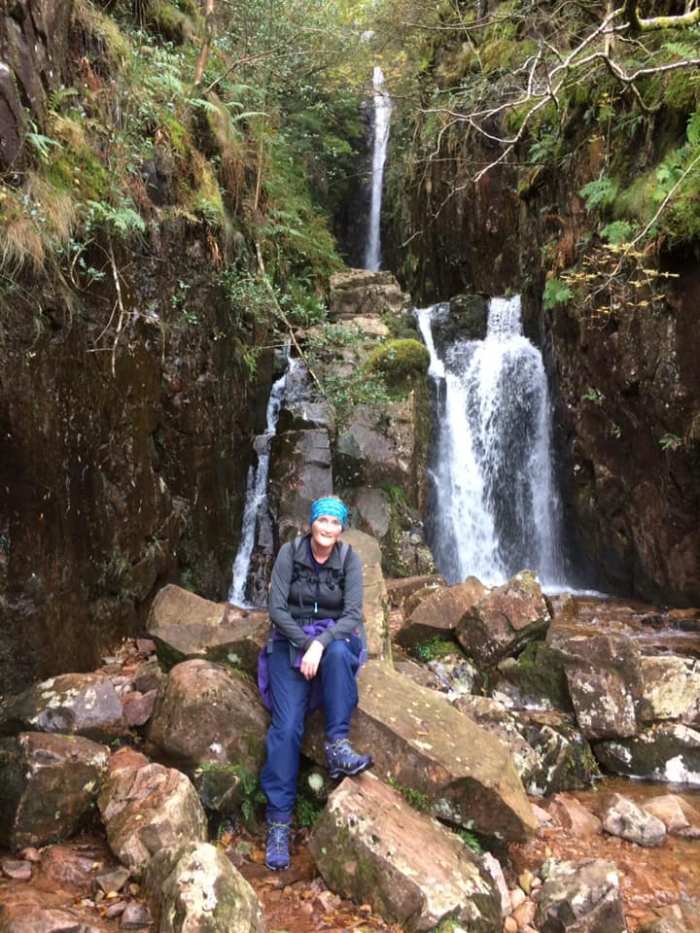 James was on his own doing the Newlands round. Starting on foot from just beyond the hut up to Cat Bells, Black Crag, Maiden Moor, High Spy,  North Top, High Spy, Dale Head, Hindscart and Robinson descending High Snab Bank back to Stair. 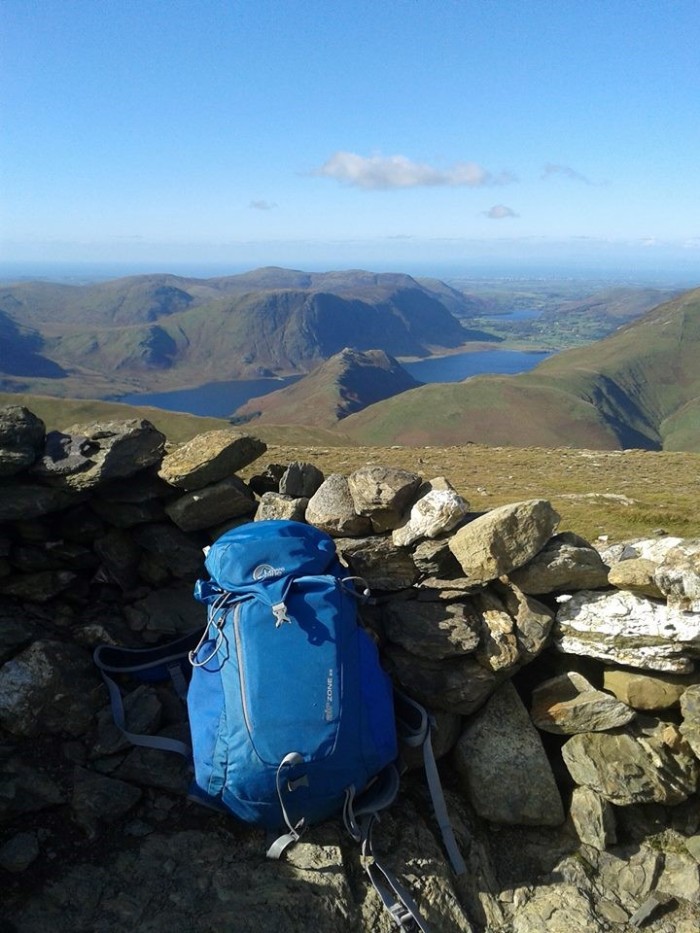 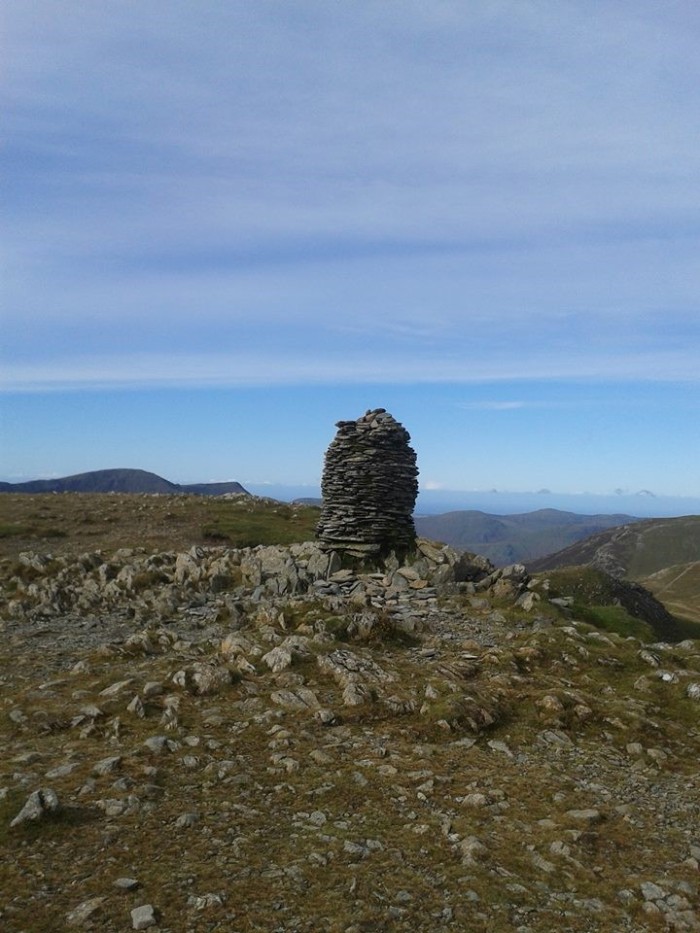 All except Mike and Marie met back at the Swinside Inn for a few rewarding beers before returning to the Hut where the missing couple were busy preparing   dinner for all. James and Jason helped out by rolling and compressing the meat balls, Jason’s turning out slightly smaller. It must be an English thing. Served up with all the trimmings and the remainder of an excellent tapas selection from the night before. 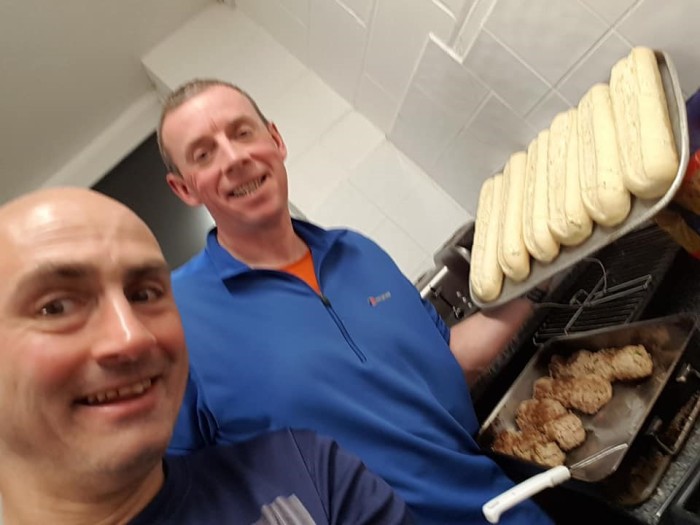 The tapas was again from a generous Mike and Marie, all but one struggled to eat the delicious banquet. A big thanks here again to Mike and Marie for their generosity and efforts.

A quieter than normal evening followed with Marie and her aching and bruised feet slipping off to bed first the rest not too far behind but not before sampling some of George’s fare from Azerbaijan (don’t ask) the salted cows? cheese being surprisingly pleasant.

After cleaning and tiding the hut all said their goodbyes and headed home apart from Jason and the Hendersons,  who went the short distance to Latrigg, a fantastic viewpoint at only 368m above Keswick but offers superb 360 views and is also a Wainwright. This might explain why George made the effort on a Sunday to climb it as the previous night he wagered Mike a bottle of Malt whisky that he would complete them before Mike completed his remaining Munros.  The Wainwright ticked George and Susan headed home. Jason not yet worn out ran up Skiddaw to finish of another epic weekend.