The Club last visited Muir Cottage in August 2015 and a long overdue revisit took place on 18th/19th May 2018. The accommodation is the Club Hut of the Cairngorm Club and is extremely well appointed and comfortable with showers and good sized kitchen and communal area. The location itself is a short distance from Linn of Dee and is a perfect gateway for the Eastern Cairngorms.

With a decent weather forecast offering plenty encouragement, those without work commitments on the day headed north on the Friday to take advantage.

George and Susan, like most of the other attendees, had their bikes with them and targeted the two remote Munros of An Sgarsoch and Carn an Fhidhleir which sit a fair distance south west of Linn of Dee. After a cycle along the rough track for 6k or so they abandoned the bikes and climbed the featureless northern slopes of the Munros which sit in the wild and remote country between the Cairngorms and the hills of Atholl. Whilst those two Munros would have been more than enough for any mortal hillwalker, the enticing prospect of a continuation to the Corbett of Beinn Bhreac was too much of a temptation for the dynamic duo and they extended their tramp a further 4k away from their start point to achieve their 2nd ascent of this hill which only just fails to attain Munro height. 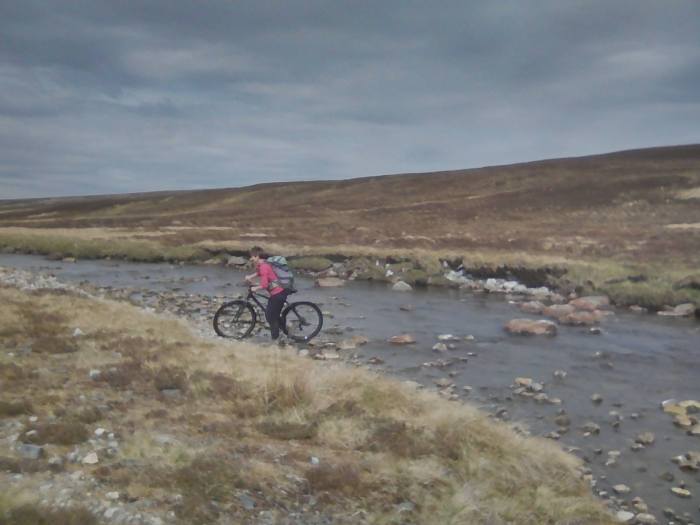 The subsequent return walk followed by the cycle back to Linn of Dee ensured ample rehydration and calorie replacement would be required back at the hut.

Norrie had arranged to meet James at the Invercauld car park and, again on their bikes, the hoary pair set off with Ben Avon (and possibly Beinn a Bhuird) in their sights. In news that would come as no surprise to other club members, a wrong turn was taken and after pushing their bikes up an unnecessary hill they realised their mistake and began to free-wheel back the junction.  Unfortunately, Norrie’s attempt to straighten his hat and ride down the bumpy road one-handed resulted in an inelegant somersault over the handle bars. Fortunately, the only damage was a skinned forearm and a pair of twisted Gregories, although any passing foreign tourists would have had a quick lesson in quick fire Scottish profanity.

Eventually they dumped the bikes near the ruin in Gleann an Slugain and continued by marching up the Sneck. They stopped to admire the natural granite sculptures before turning north east up to the massive tor of Leabaidh an Daimh Bhuide which marks the summit of Ben Avon. 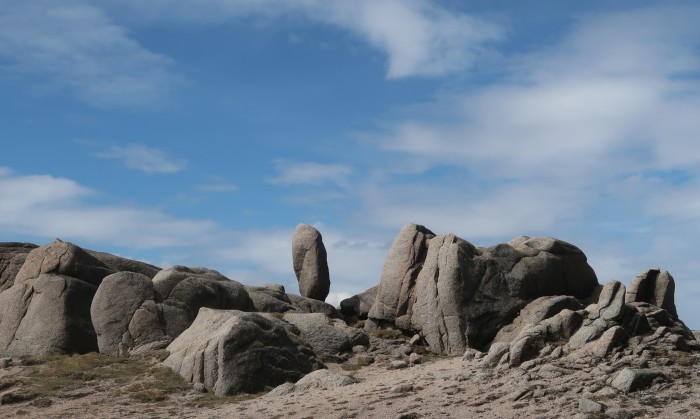 The pair had conversed with a couple of fellow hillwalkers on the route up. The relationship was hardly strengthened though as following their descent from the “summit” James insisting in informing them that they hadn’t gone to the highest point and could therefore not claim to have climbed the mountain.

Although Norrie had ascended Beinn a Bhuird on his 2nd Munro round the last time the club were at Muir cottage, James hadn’t so the walk continued up to the featureless North Top which marks the Munro summit. From there the duo headed south along the plateau.  There were several animated discussions as to the most efficient way back to the spot where the bikes had been left but eventually, they made it back and began the long cycle out and the return to the hut.

Lorn also drove up on the Friday and he took the opportunity to take his bike for a spin, stopping in Glen Clunie south of Braemar before testing out his gears on a climb up to the summit of the Corbett of Morrone with its prominent telecoms masts. The downhill journey took considerably less time that the ascent.

Chris and Mandy had also ascended Morrone earlier in the day – on Shanks’ Pony though rather on bikes. Although the summit is rather cluttered with masts and buildings it still offers majestic views in all directions – and particularly to the high Cairngorms. 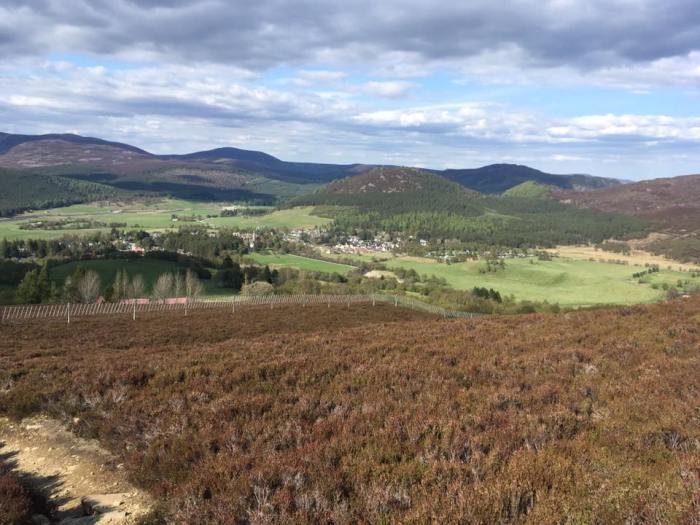 When the marathon walkers eventually returned to hut, most of the other members had already arrived. This was a first club meet for John Calder who soon got to know all his fellow climbers over a glass or two as the evening progressed.

Unfortunately (depending on your point of view), Norrie was hoarse de combat with a virus/sore throat and the musical accompaniment to the evening was solely Gerry providing some mellow tunes in the background – and most enjoyable it was.

There were also four female Cairngorm Club members staying in the hut that night on the eve of one the party’s final Munro. Despite their considerable experience they were eternally grateful for the unsolicited advice handed out by James on how best to tackle the mountains in the Cairngorms!

Saturday dawned bright and clear and the plans hatched the previous night were put into action. John did not have a bike with him and, after greeting his newest mate, a wee red squirrel he set off on foot for a hike up Glen Lui, then a sharp climb up to the summit of Carn a’ Mhaim overlooking the Lairig Ghru. From there he continued northwards to the sprawling summit plateau of Scotland’s 2nd highest mountain, Ben Macdui, right in the heart of the Cairngorms. Surprisingly, given the perfect conditions he met very few people on his expedition. 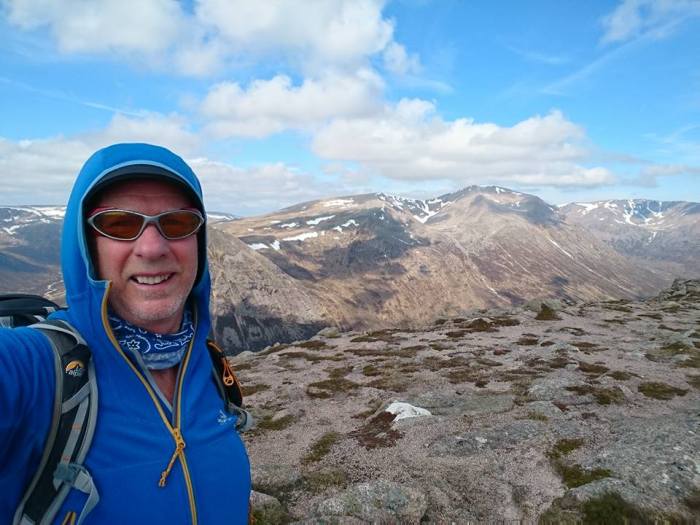 George and Susan still had a few Cairngorm summits to tick off on their 3rd round and were soon cycling up to Glen Derry, their target being the tor studded central peak of Beinn Mheadhoin and its neighbour to the east, Beinn a Chaorainn. Once the bikes had been dumped, the walk up to the outflow of Loch Etchachan was extremely enjoyable, the loch itself looking resplendent surrounded by the mountains still splashed with great patches of snow. Having successfully attained the summit tor they spotted a couple of familiar faces on the hillside. 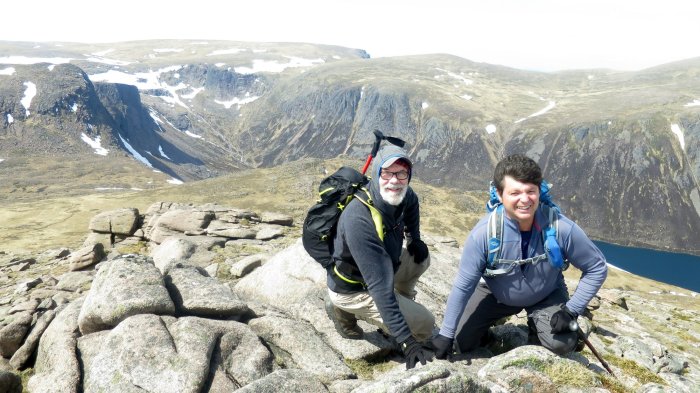 Gerry and James had also targeted Beinn Mheadhoin and the four exchanged tales on the hillside before making use of the snow patches on the slopes to bumslide their way down. Having climbed to the summit, Gerry and James began their homeward stretch while George and Susan made for Beinn a Chaorainn to complete their day’s work.

Alan and Norrie also biked down the well-cycled path to Derry Lodge before their wheels were jettisoned and they set off up the long even slopes which would take them eventually to the summit of Derry Cairngorm. From there the pocket mountaineers continued their traipse northwards so that they too could enjoy the beauty of Loch Etchachan’s shores. After a stop-off at the Hutchison Memorial Hut for lunch they plodded back to Derry Lodge to pick up the bikes. 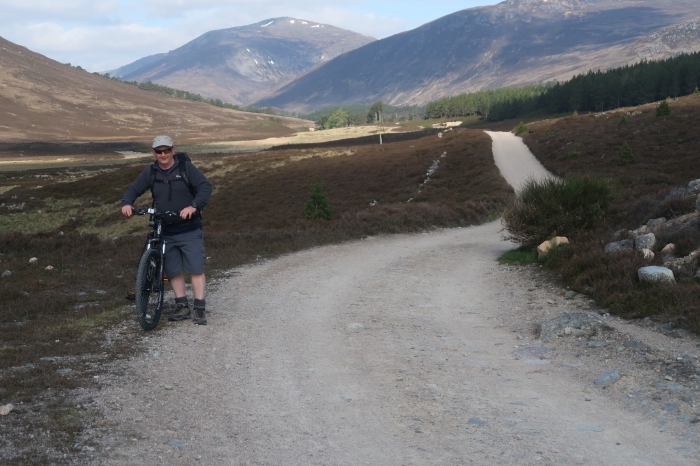 At Derry Lodge they met Mandy who had hired a bike in Braemar and had been cycling around the countryside enjoying the weather and the views. Unfortunately, her partner, Chris had been feeling unwell and unable to venture out. Nevertheless, she enjoyed her excursion – even dropping in to Bob Scott’s bothy to see how the other half live.

Ian, who could snore for Scotland, having spent the night giving a good impression of an industrial sawmill emerged from his slumber on Saturday morning and made the short journey along the road to Inverey. From there a splendid walk up Glen Ey was followed by a heathery ascent up the northern slopes of the Munro of Carn Bhac – another mountain which affords a great 360-degree panorama. 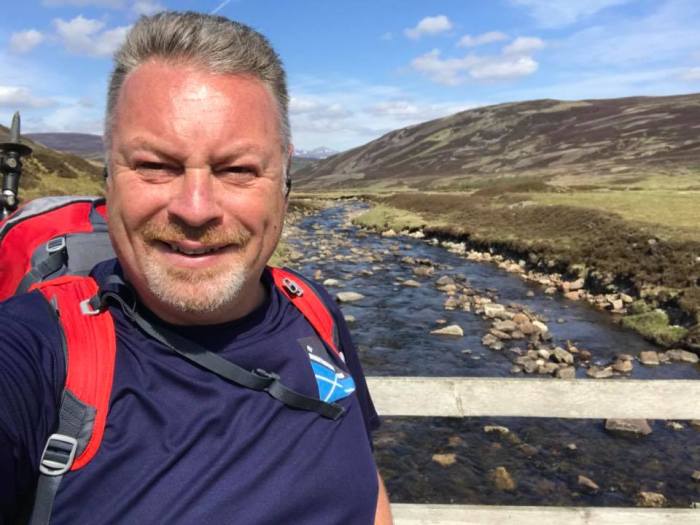 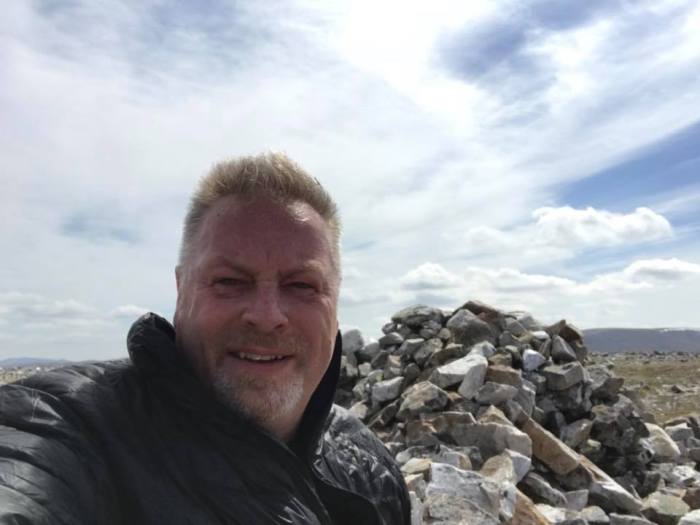 Finally, Lorn, unable to make up his mind about which Munros to tackle on the day decided simply just to do most of them! Initially, following the same route as Alan and Norrie on bike and on foot, he scooted over Derry Cairngorm then down to Loch Etchachan and up to Beinn Mheadhoin. He then followed George and Susan’s bum prints in the snow down and up to Beinn a Chaorainn. Rather than simply return south over Beinn Breac, he followed an outrageous detour 5k east to bag the summit of Beinn a Bhuird before returning and eventually crossing over Beinn Breac and the welcome cycle back to the hut. 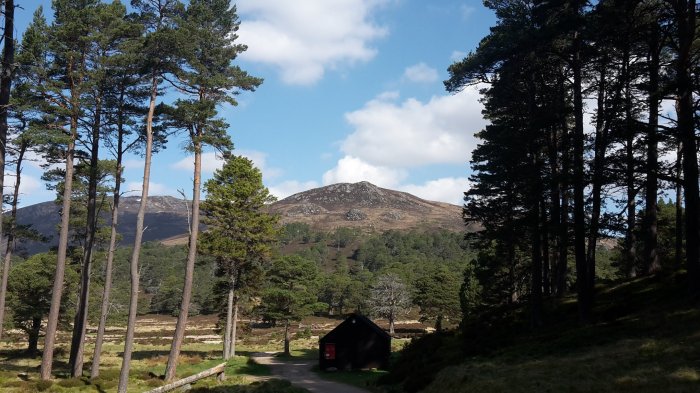 Back at the hut, local(ish) members Bill and Deb Dallas had arrived. Bill is an active member of the Braemar Mountain Rescue team and had kindly arranged for a tour of their operations centre in the village. One or two club members had previously been very grateful for the assistance of mountain rescue teams and it was very enjoyable and insightful having the guided tour of their headquarters and viewing the vehicles and equipment that they had at their disposal.

Anyone who has ever taken their kids to the Highland Show would have had their memories rekindled as wee Alan insisted on clambering up onto all the “big tractors” to get a photo taken.

Back at the hut another fine night was enjoyed. With Norrie still out of action as far as singing was concerned, a few others took the opportunity to get centre stage. Deb regaled the members with her greatest hits – both of them, while James posing like a maniacal preacher belted out his own personal interpretations of some well-known classics.

With such a big Saturday, not many were keen to take to the hills again on Sunday. The exceptions were George and Susan who, on their way home met some German friends in Pitlochry and, borrowing Norrie’s dog for the afternoon, guided them all up Ben Vrackie for a well-earned dram before the obligatory rehydration in the Moulin. 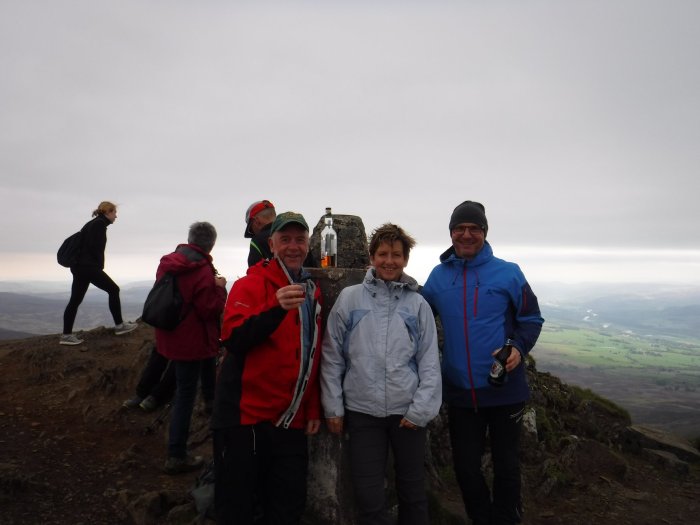 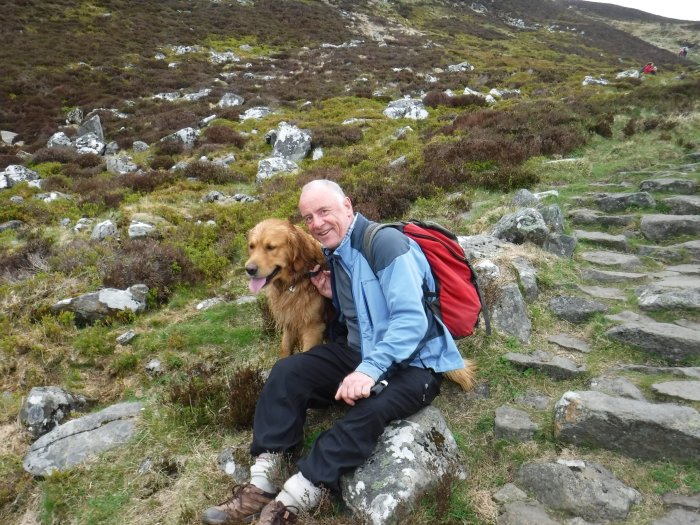